Could implementing a ketogenic diet benefit those with epilepsy?

Epilepsy, a brain disorder that causes seizures, has been misunderstood and stigmatized for decades. According to the World Health Organization, epilepsy is the most common chronic brain disease and more than 50 million people worldwide have it. In the United States, approximately 3 million adults have epilepsy and over 450,000 children also have it, according to the Centers for Disease Control and Prevention.

What is a ketogenic diet and how does it work?

The Epilepsy Foundation says that a ketogenic diet could help control epilepsy in some people with the illness. According to this article in Medical News Today, on a keto diet, the calorie breakdown looks like this: 70% to 80% fat, 20% to 25% protein, and 5% to 10% carbohydrates. Many doctors recommend this diet for children with epilepsy who have not responded to various seizure medications. While not entirely understood, the keto diet can change how the brain gets energy to function.

A search for the word “epilepsy” in Clinical trials came up with over 11,000 results. By narrowing that focus to “ketogenic diet,” we found that there are 107 clinical trials in Phases 1 to 3 focusing on epilepsy and a ketogenic diet. 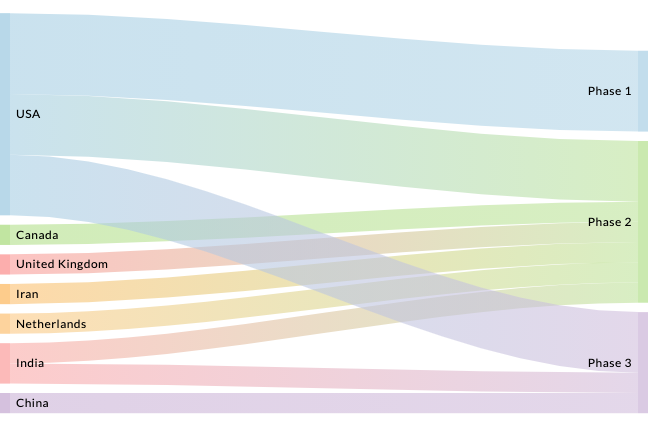 The vast majority of current clinical trials on epilepsy and keto are being conducted in the United States.  Clinical trials are also taking place in India, the United Kingdom, Iran, the Netherlands, China, and Canada.

Clinical trials on keto and epilepsy have been in the works for about 10 years, but really started to take off in 2019 and 2020.

Clinical trials on ketogenic diets and epilepsy from 2011 through 2020 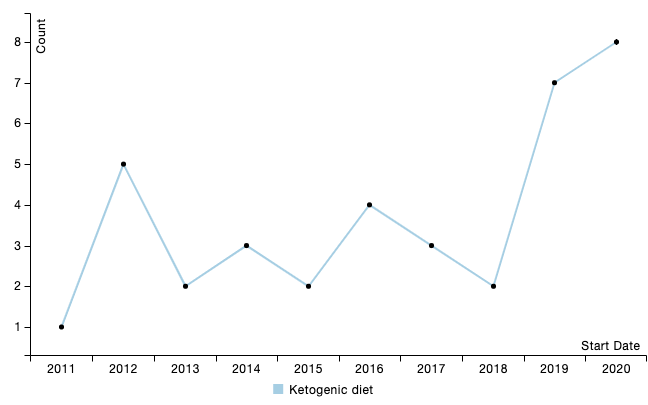 Publications on epilepsy and a ketogenic diet 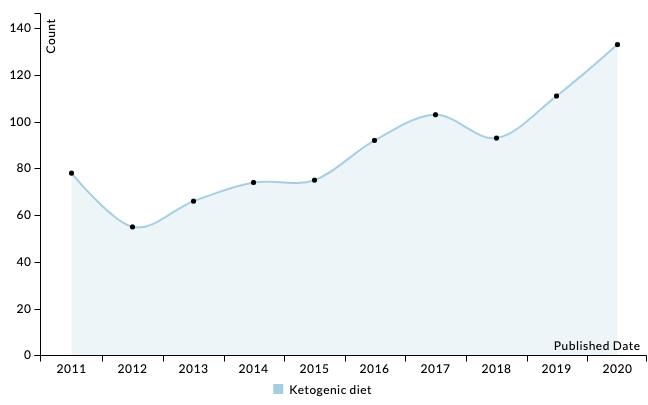 It looks like the topic of epilepsy and a ketogenic diet is here to stay. We have seen more research and publications over the past few years on the topic— and it looks like that is continuing.

To learn more about how Foundation can help you make connections, schedule a demo or click "Let's talk" below to connect.

Repurposing an SSRI to treat COVID-19: Does Fluvoxamine hold promise?