Four academics had two grants each during this time. Topics covered ran the gamut from pediatric care to particle physics. These researchers are:

This chart displays the top 10 institutions that received grants in August and their focus areas. 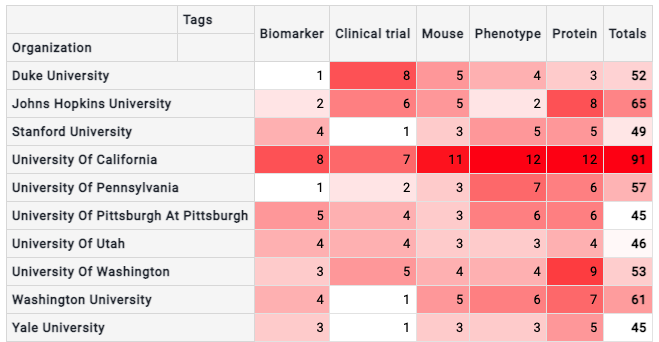 The top five universities that had grants started in August were:

The top three areas of focus for grants were:

Protein was also the number one area in both June and July. In August, there were 356 grants related to protein.

This chart shows the top 10 institutions that received grants in July and their areas of focus. 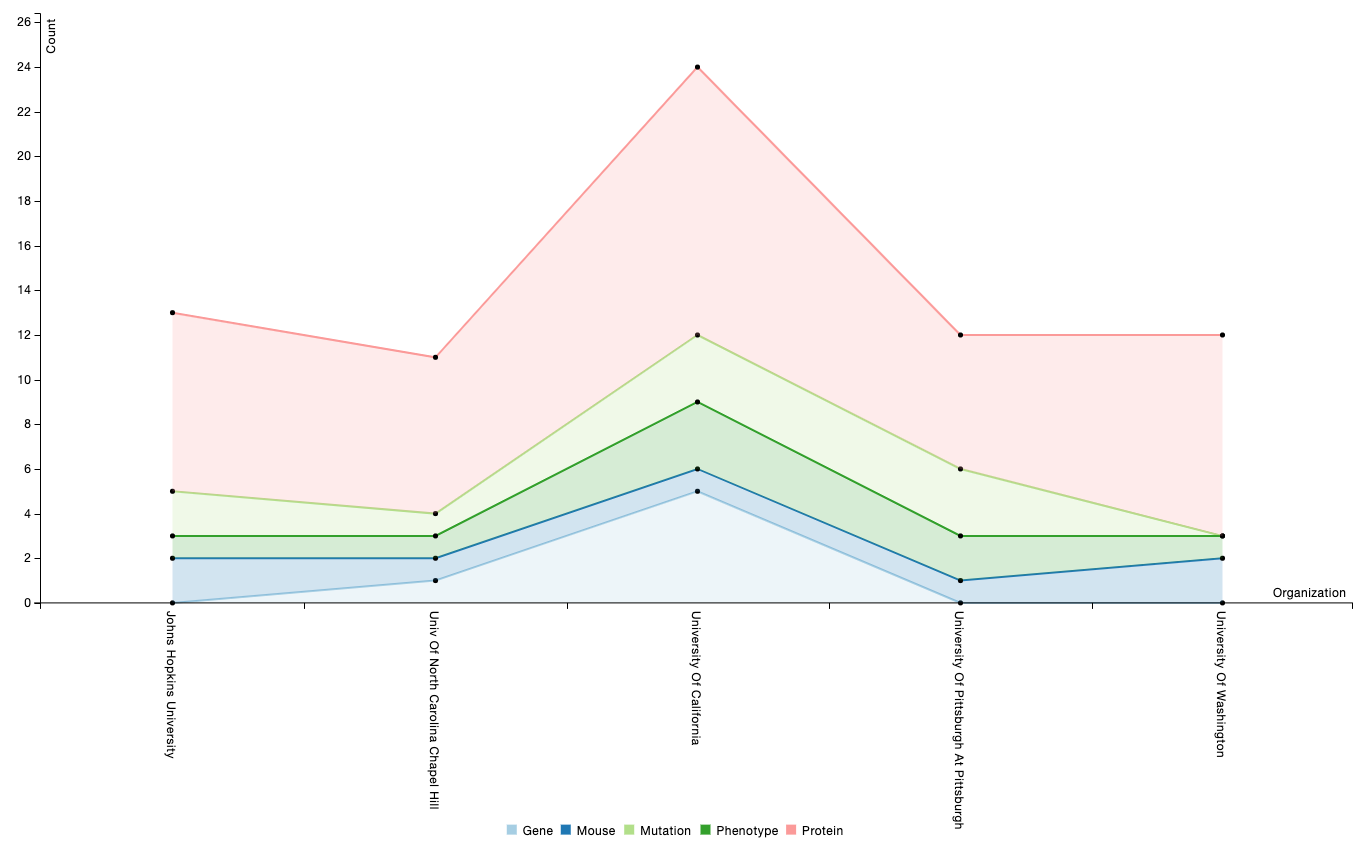 In August, there were over 600 grants in the $400,000 range. There were also over 200 in the $1 million range. This line chart shows the distribution of dollar figures.

Distribution of funding for grants in August, 2021