Phthalates: Poison in our midst

Phthalates, known as “everywhere chemicals,” are making news yet again. According to a recent article from cnn.com, these synthetic chemicals are damaging children’s brain development-- and there have been calls for their immediate ban.

Phthalates: What are they, what do they do, and why is there an uproar?

Also known as “plasticizers,” phthalates are a group of chemicals that make plastic more flexible and less breakable. Phthalates have been controversial for a long time. These chemicals are quickly metabolized and found in a wide range of products that we use every day—from personal care items to toys to pharmaceuticals.

According to cnn.com, various studies have linked the exposure to phthalates to childhood obesity, asthma, cancer, cardiovascular issues, and reproductive problems like genital malformation and undescended testes in baby boys. After children have been exposed to phthalates, they can also experience hyperactivity, aggression, emotional reactivity, and other signs of ADHD. Children aren’t the only ones who can feel the negative effects of phthalates. These chemicals have also been connected to fertility issues in both men and women along with breast cancer in women and low testosterone levels in men.

We know that phthalates have a long—and checkered—history, but we didn’t realize the full extent until running numerous searches through Resolute AI’s  Foundation.

A search in the FDA’s MAUDE database of medical device reports on Foundation showed that there was a spike in MAUDE reports for  phthalates in 2020.  Last year, there were over 300 reports as compared to under 50 in 2019. 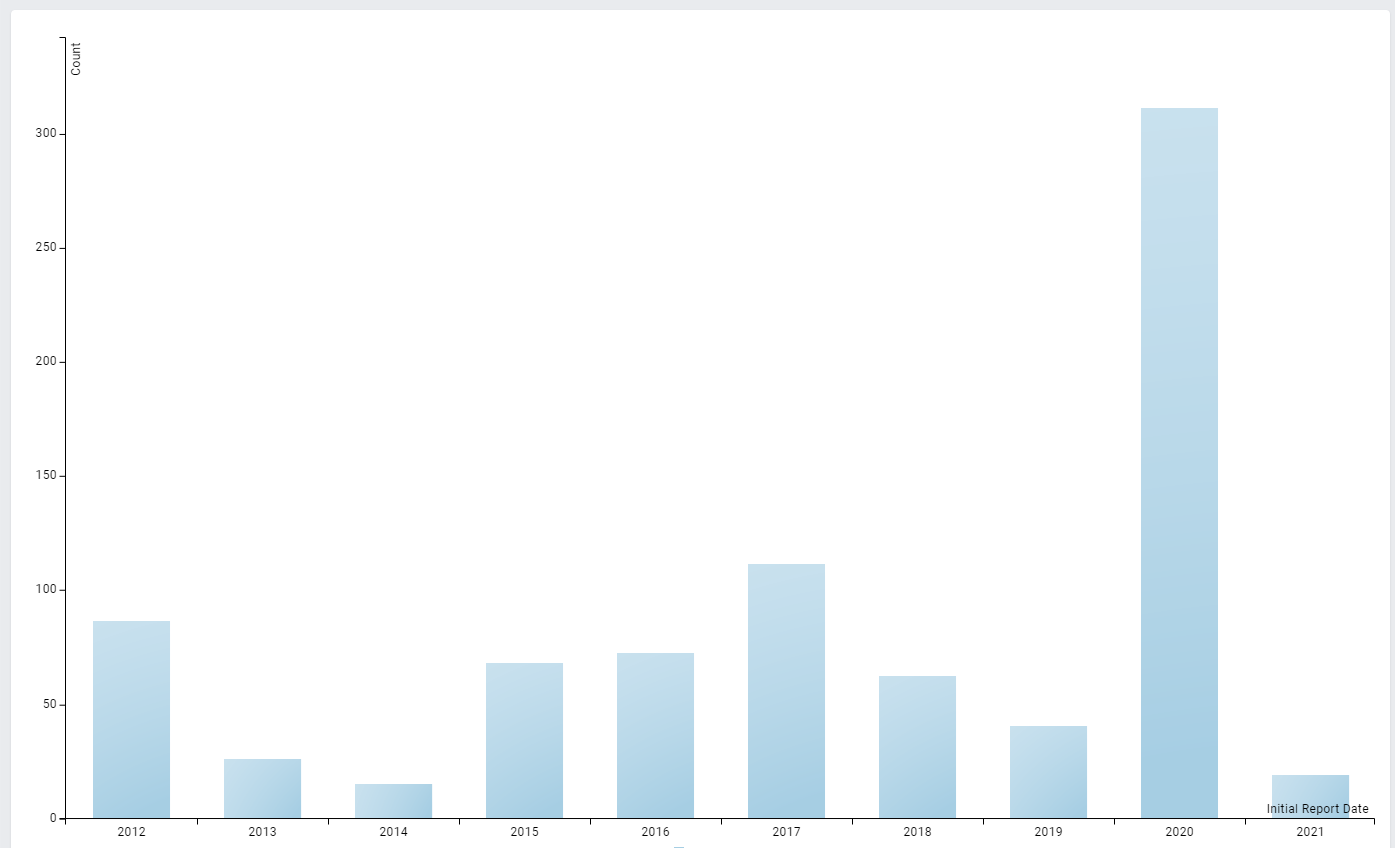 We then drilled down a bit more to learn about psychiatric disorders related to children and phthalates. What did we find when we used the Publications database for specific information on this topic? That the number of publications regarding this increased significantly in 2020 in the United States.

Number of publications in the U.S. for “child,” “phthalates,” and “childhood psychiatric disorders” 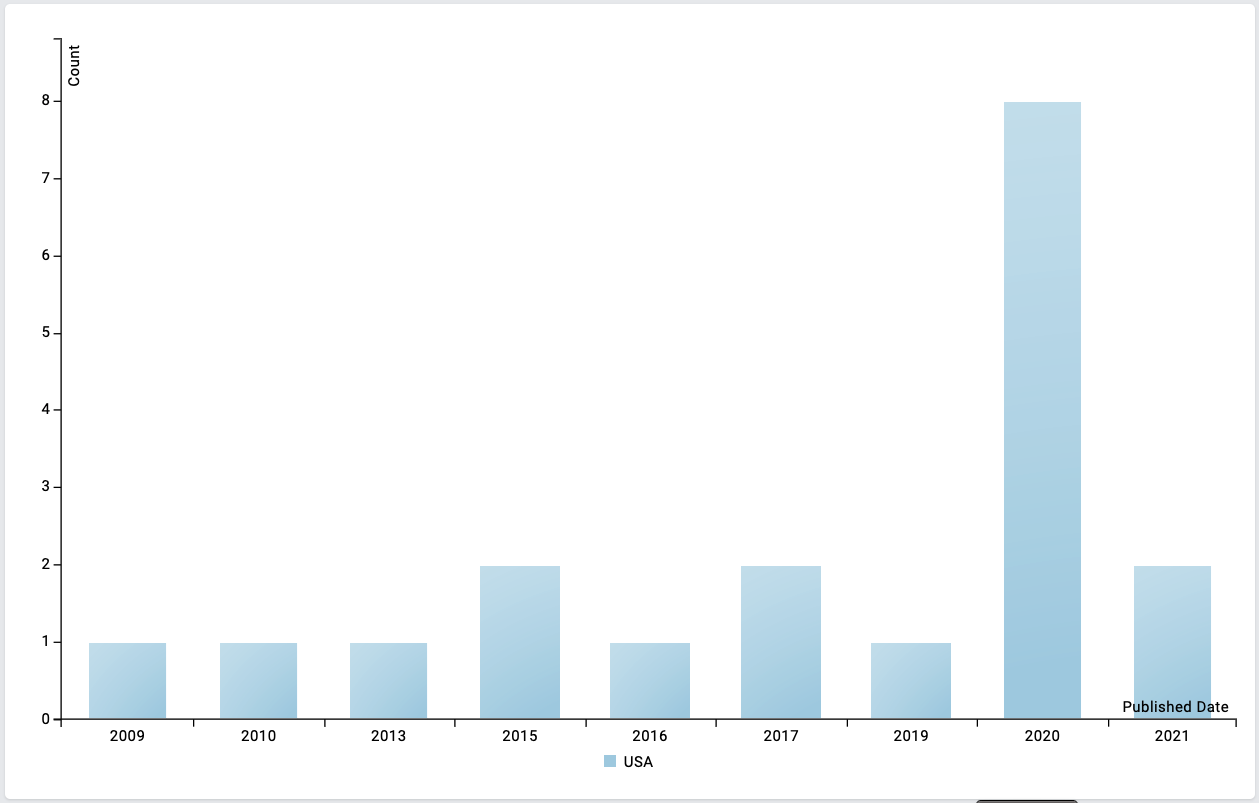 We searched our Publications database again, though in a different way. We wanted to determine which countries were publishing most frequently on phthalates. We found that China is leading the way, followed by the United States and India. And again we see a major jump in general in the number of publications on the topic since 2017.

Phthalates are known to cause fertility issues, and we were curious to see which universities and institutions were receiving funding to study this area. To that end, we went to Grants and searched for “preterm birth” and “phthalates.” From that search, we found that six institutions are currently receiving grants for research in this specific area. 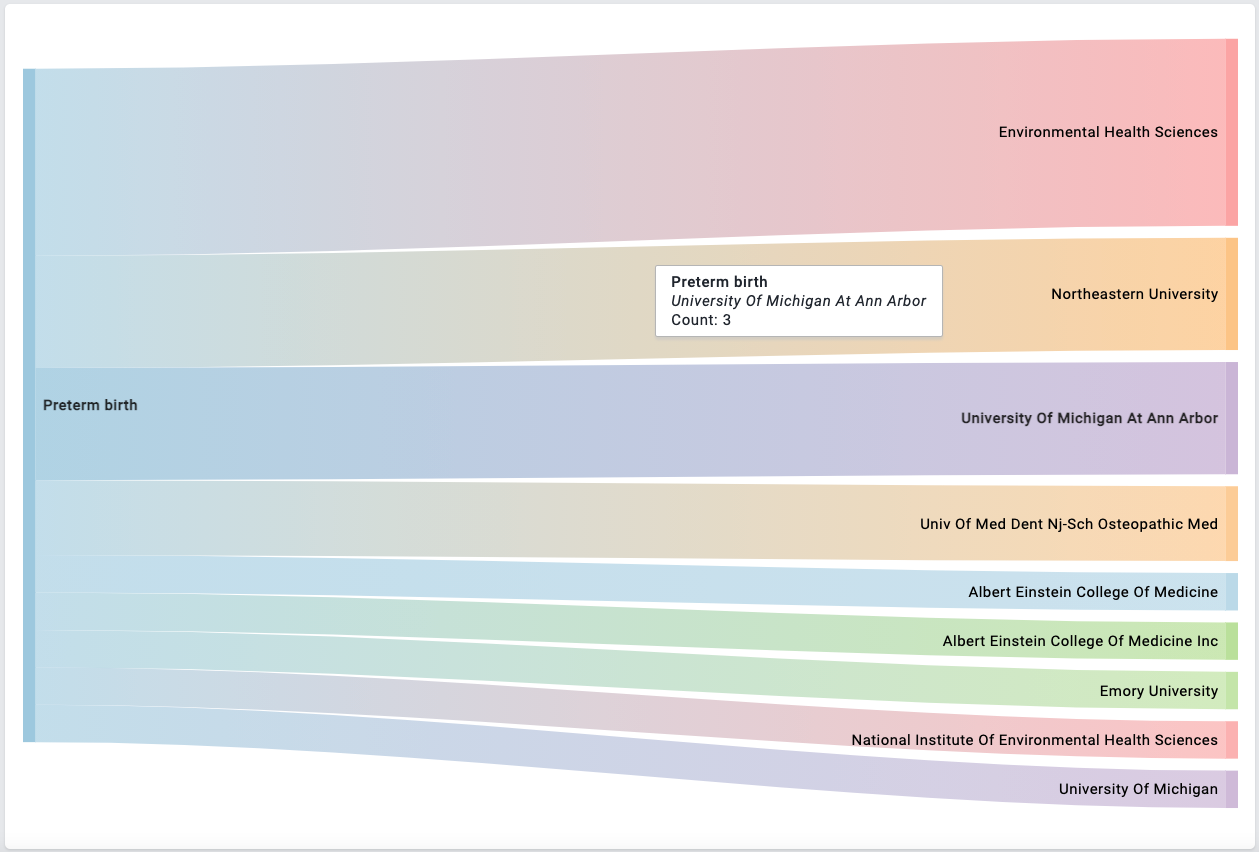 And then we explored clinical trials to see what was going on in the world of phthalates, fertilization, and clinical studies. We saw that there is currently one clinical trial in progress. It’s a Chinese trial being conducted by Tongji Hospital in Shanghai: “The Effect of Periconceptional Phthalates Exposure on Couples’ Reproductive Health.” We can see that the trial is scheduled to end on December 31, 2021. We also see that a related trial was conducted at the University of Saskatchewan and completed in 2015.

Phthalates and their potential for harm is unsettling, and the topic isn’t going away any time soon.  Using Resolute AI’s Foundation, we see the big picture across a number of areas— where funding is going, what type of clinical trials are in progress, which countries are leading in research, and so much more.

To see additional data we found during our phthalate discovery, visit the link below.